Challenge: Embedding complex open source components (Arduino emulator) into a web application and building a learning platform on top of it

We started the engagement with a two-week-long Proof of Concept (PoC) phase to evaluate the feasibility of building the platform on top of an existing, but complex, open-source Arduino emulator.

The results of the PoC became the core of the platform upon which we started building the MVP.

Considering the very tight deadline, we set up weekly demos to ensure a fast feedback loop. We helped a first-time founder evaluate the features based on ROI from an engineering perspective to build the highest value / lowest effort components first.

The technology stack was chosen based on the speed of the development that was required. Utilizing as much of AWS serverless technology as possible, allowed us to concentrate on business logic and trade speed for future AWS bills, while keeping current AWS monthly bills below $10 due to almost all services with the MVP workload falling into a free tier.

Careful scrutiny in choosing what to build and how to build it resulted in the fact that we were able to build the MVP in three months that raised 500K EUR in pre-seed investment. 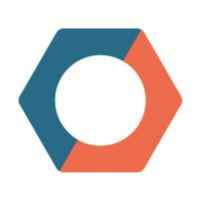