Challenge: To overcome the problems of creating a realistic and mobile VR controller with simulation and appropriate tracked space to reduce the risk of firefighters who enter a dangerous scene.

Solution: Created and provided a solution of customized as well as optimized software that is capable of creating virtual imagery of the scene.

User Group: The firefighters and government agencies are dedicated to the same.

The client belongs from the software agencies that deploy this software and hardware amalgamated product to the firefighters and other such government firms so that they can be used when needed for the trainee firefighters.

Flint tech created and provided a Redbox VR software and hardware amalgamated product to the client. This is worn by the trainee firefighters, and then using the glasses, a scene of a burning house with survivors waiting for rescue comes forth. Now, the trainees can enter the building and do their realistic training of exactly how a burning house with difficulties looks like.

This beforehand formulation of the scene trains the firefighters well for the actual scene, and they show better reflexes in the situation to reduce their risk.

The making of the Redbox VR had started in 2018, and we have been the first to create a device as such. The HTC help for consulting in tracked space creation is feted and appreciated.

Some of the features are: 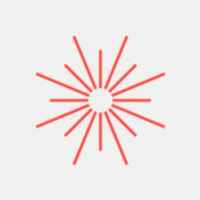