What Are NoSQL Databases and Why Enterprises Rely on NoSQL?

The business shift to digitization and customer experience has ushered enterprises into the digital revolution era. At the heart of the revolution are cloud technologies, mobile apps, big data applications, social and communication platforms, etc. Running and maintaining modern applications has created a new set of technology requirements that can accommodate unprecedented scalability, speed, and data variability. Relational databases cannot meet growing requirements, and enterprises are turning to NoSQL (Not Only SQL) database (DB) technology designed for distributed data stores for huge-scale data needs.

NoSQL encompasses a wide range of database technologies that can store structured, semi- and unstructured data. NoSQL is widely recognized for its functionality, agility, ease of development, performance at scale, and flexible schemas for building hi-tech applications.

Consider just a few examples of global businesses that are deploying NoSQL for their applications. From Twitter, Facebook, and Google, to Tesco, Ryanair, Marriott, Gannett, and other big and small enterprises, which accumulate Terabits of data every single day and use NoSQL for their Big data and real-time web apps.

WHAT ARE NOSQL DATABASES?

SQL stands for Structured Query Language. People call it S.Q.L. or sequel. In short, it is the name of a standard language for communicating with relational databases that store the data. It can pull, edit, add, search, update, and delete information in the database records.

As the name suggests, NoSQL is NOT a Structured Query Language, NOT use SQL to query the data, NOT follow strict schemas like relational models; it is NOT a replacement for an RDBMS. Instead, it uses documents with data types of descriptions and values to store data.

NoSQL databases are designed to be used across large, distrusted systems. They are more scalable and much faster at handling large data loads than traditional relational databases. It is the core component of NoSQL that makes it an inexpensive solution for large datasets.

As your application grows and you start to add new fields, your schema evolves as needed. Your database is scaled horizontally. So, if you need to build something quickly, NoSQL is an excellent way to go.

RDBMS, on the other hand, scales by getting faster hardware and a larger memory.

NoSQL databases have the following characteristics:

NoSQL databases have emerged as leading new data-storage technology. It is getting a lot of traction and hype these days, but it’s not that new of a thing in reality.

The first database was engineered to run on a single server by Oracle in 1979. The only way to scale up these databases was to upgrade the servers – processors, memory, and storage.

In 1998, Carlo Strozzi created a file system based database and used the term NoSQL for his lightweight, open-source relational database.

Google delivered the Bigtable exploration paper in 2006, and Amazon delivered the Dynamo research paper in 2007. These databases were built to meet another age of significant business necessities: Creating with deftness and working at any scale.

In 2009, the NoSQL term was re-surfaced when Eric Evans used it to name the current surge in non-relational databases.

NoSQL databases emerged in the era of mainframes and exponential development of web applications. When the cost of storage dramatically decreased, there was a need to create a complex data model to reduce data duplication. Developers were the primary cost of software development, so NoSQL databases optimized for developer productivity.

NoSQL was engineered to meet a new generation of business requirements:

⇒ Data Storage: The digital data is measured in exabytes. One exabyte of information is equal to one billion gigabytes (GB). The amount of stored data added in 2006 was 161 exabytes. Just four years later, in 2010, the amount of data stored was almost 1,000 ExaBytes. 90% of the data on the internet has been created since 2016, according to an IBM Marketing Cloud study. In other words, there is a lot of data being stored in the world, and it’s just going to continue growing.

⇒ Interconnected Data: Major systems are built to be interconnected. The web foster in hyperlinks, pingbacks, and tags that tie things together.

⇒ Complex Data Structure: NoSQL can handle hierarchical nested data structures easily. To do the same in SQL, you need multiple relational tables with all kinds of keys.

ADVANTAGES OF NOSQL OVER RELATIONAL DATABASES?

When compared to relational databases, NoSQL databases are often more scalable and provide better performance.  Relational databases store data in highly structured tabular form, with multiple rows and columns. While these data stores are highly flexible, easy to maintain, and useful for data stored on a single server, they do not scale very well in a distributed system compared to NoSQL.

Distributed systems using inexpensive storage and processing power are becoming much more common and are often used in environments where there is a need for high availability and speed.

The most important feature of a NoSQL database to consider is the data type it uses. Unlike SQL, which uses a relational model, NoSQL uses a variety of different models. They are categorized into four DB types: Key-value pair, Column-oriented, Graph-based, and Document-oriented. Let’s take a look at these four models, how they’re different from one another.

The Key-value DB of NoSQL is used as a collection, associative arrays, etc. Key-value stores help to store schema-less data and heavy load. It allows horizontal scaling at scales that other types of databases cannot achieve.

Document-Oriented NoSQL DB stores and retrieves data as a Key-value pair, but the value part is stored as a document in JSON or XML formats. They are mostly used for CMS and content platforms, e-commerce applications, etc.

A Graph type database stores entities as well the relations amongst those entities that are stored as a node with the relationship as edges. An edge gives a relationship between nodes. Every node and edge has a unique identifier. They are mostly used for social networks, logistics, spatial data.

Column-oriented databases work on columns and are based on BigTable paper by Google. Column databases store each row separately, allowing for quicker scans when only a small number of rows are involved. They are mostly used to manage data warehouses, business intelligence, CRM.

HOW MUCH DO NOSQL DATABASES COST?

The total cost of ownership of a NoSQL DB is a crucial consideration, and customers often overlook many factors impacting it.

The cost for NoSQL databases itself can be meager, or even free, compared to traditional relational databases. After initial costs, keeping up a NoSQL DB can be pricier, depending on its hosting solution. There are also a few hidden costs, including the added complexity of an endless choice of datastores, the inefficient use of hardware leads to server sprawl.

KNOW WHEN TO USE THE RIGHT DATABASES FOR THE JOB

The ability to scale, thereby taking advantage of commodity storage hardware in the cloud, makes NoSQL preferred for eCommerce and retail, media and entertainment, fin-tech, logistics, and healthcare business applications.

But what is the most essential is having a clear sense of what you’re trying to accomplish and selecting the database that will better suit your fundamental needs.

Every project is unique and needs careful technical analysis. Choosing an IT consulting partner is a wise investment to ensure the project’s success.

DevCom is focused on data-driven enterprise solutions, database design, and development, support, and maintenance. We cover the popular relational databases such as PostgreSQL, Microsoft SQL Server, as well as NoSQL platforms such as MongoDB, DynamoDB, CouchDB, etc. We are committed to making your databases reliable, scalable, maintainable, and secure. 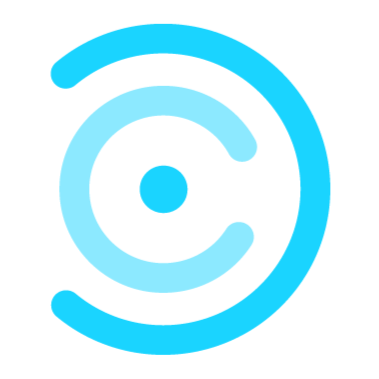