Siri, the mobile voice assistant, was released as a feature in the iPhone S4 in October 2011, allowing users to speak instructions and queries to their smartphones. It was the first time a bigger audience could use voice assistance.

Voice assistants are becoming the hottest topic in tech, with researchers forecasting that by 2023, the number of voice assistant devices will triple to 8 billion. Given the widespread use of technology, organisations should naturally keep an eye on it.

How do voice assistants work?

Voice assistants are now only a form of virtual digital assistant that responds to voice commands. Voice assistants may thus answer inquiries, make calls and send messages, play music, set alarms, create to-do lists, and much more. The ease of using a voice assistant nearly lets us overlook the technology underlying it.

For example, ‘OK, Google' starts a voice assistant on your phone. When you ask a question or provide a command to your voice assistant, it is recognised and converted to text using Automatic Speech Recognition (ASR).

Then comes text interpretation: using Natural Language Processing (NLP), the machine can decipher your meaning, intent, and context. Now that the machine understands what you said and your goal, it may search for a legitimate answer and reply appropriately. Using text-to-speech (TTS) technology, your voice assistant converts the written response into spoken form.

There are a number of voice assistants available on the market today, but some are so frequently used that you've probably heard of them. Let's see what they have to offer.

Unlike Google Assistant and Siri, Alexa is speaker-based, meaning it accepts commands through Amazon Echo speakers rather than your smartphone. It is the greatest voice assistant for home automation because it works with most smart home devices.

Cortana, a 2014 assistant built for Windows 10 and Microsoft 365 products, helps customers organise and manage their work more efficiently. Despite having similar capabilities to Siri and Google Assistant, Microsoft has been unable to keep up, and Cortana will be discontinued for iOS and Android in 2021.

With more individuals adopting speech technology, businesses should be aware of how to deliver the greatest possible experience for their clientele. An AI-powered voice assistant can swiftly deliver responses without involving your personnel.

This one relates to customer service — when a voice assistant handles customer support, your personnel may focus on other duties. But that's just one. Voice assistants make boring chores like time reporting, emailing, sending reminders, and scheduling meetings more efficient.

Globalisation has made international business contacts commonplace, yet language hurdles remain a challenge. Interpreter mode on Google Assistant is a wonderful illustration of how voice assistant translation has improved, making dialogue much smoother and easier to grasp for all parties involved.

Office life may be chaotic at times, especially in huge corporations. The most obvious organisational help from voice assistants is the ability to swiftly schedule meetings, calls, and reminders. They can also assist HR professionals traverse internal corporate documentation and procedures more quickly.

Accessibility has been a big topic in tech for many years, and it is only going to continue. You get a competitive edge by making your products accessible to those with visual or movement disabilities.

Voice assistants are here to stay, with a projected global revenue of $19 billion in 2022. Voice assistants are expected to improve their recognition of words, voices, meaning, and context in the future, allowing them to assist us in a more accurate and personal way.

Google is already working on developing voice assistants that can hold a human-like conversation. The technology will also dramatically influence internet search, opening up new avenues for product promotion and marketing. With the rise of smart home gadgets, it is safe to conclude that voice assistants will become increasingly integrated into our lives, simplifying our daily duties. 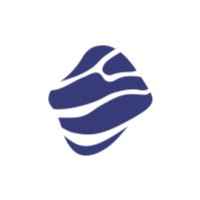