Should you hire people or outsource your project?

It has been a great challenge for the companies to decide how to do their projects- whether to outsource or hire in-house workers. Both are suitable methods. Still, it is a debatable topic. However, let us focus on some of the examples of outsourcing.

Skype: as we all know, it is a huge profit-making application of billions of dollars, began its journey as an outsourced project. Its founders outsourced the project to a company, and skype was the result. Today, Skype has approximately 4.9 million active users. The application also has more than a billion downloads.

Alibaba: It is a proven example of a part of the project being outsourced. The company, Alibaba, outsourced the website creation to a US company in its early days.

WhatsApp: As of now, no explanation is required for that. WhatsApp did most of the developmental work in Russia. It reduced the cost, made the work much faster, and used talent from there. That shows the assurance of outsourcing!

Things to keep in mind while outsourcing and in-housing

In this age of technology, people require more and more unique things. Software development is often a challenge for companies and organizations, considering this aspect.

The requirement for custom software leaves the businesses confused, whether to outsource their project to have more skills and ideas or to give the work to the in-house employees. Let us consider some of the facts that underline the requirement of outsourcing a project.

The core business will be prioritized:

Recruiting or hiring in-house employees requires more effort than that outsourcing. Companies will have to recruit many people into different sections, according to the requirements of the project. This will increase both the cost and risk of the operation. Hiring more people will affect the company or organization economically, and also, there is a risk of economic loss in case the project fails.

While assigning the duty of the project to an outside company will mitigate the risk and leave the in-house employees to focus on their work more, both works will be done effectively.

As cost will always remain a significant factor for any profit acquiring company, outsourcing will be a great option. Outsourced projects are less expensive compared to in-house ones, where the quality of the workers remains the same. Also, there is no need for new purchases when outsourcing which is cost-effective for the company or organization.

Hiring the same in-house workers for every project will not give it more unique, different, and new creativity. Companies or organizations can access workers from anywhere and will have a broad range of choices.

Although outsourcing has these types of benefits, it also has some drawbacks. The most important one was compromising quality and standards when the outsourcing company or partner one had chosen wrong.

The difference of culture is another problem as the two companies join together for the project. This should be discussed for sure before beginning the project.

Cooperation is the key

You lose everything beautiful, without cooperation. As you hand over the control of something very important to you, to someone, it is equally important that you maintain a healthy and good relationship with them.

Today, even services are available to achieve this with the outsourcing company. And it will result in getting the work done, easily.

The right place to outsource?

The most important matter to be considered in the outsourcing process is finding the apt company to outsource. Many factors should be considered while outsourcing, and thorough research should be done to get a good result for your project. So make sure that you are on the right path.

One of the major outsourcing companies that have emerged now, highly ranked, is the Polish programmers. Developers from Poland were ranked 3rd, after China and Russia, in a recent study conducted by 'HackerRank' that incorporated over a million developers. Poland was ahead of the US and UK in the ranking, proving the potency of Polish software developers. 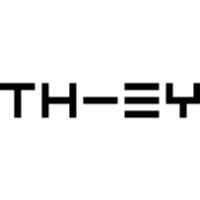