It’s never a one-size-fits-all, when choosing between cross-platform React Native vs. native mobile app development. Establish your app’s priorities to benefit from the used technology.

What is React Native?

React Native is a framework developed and promoted by Facebook. It utilizes the popular web library, React, and brings all its goods to mobile development.

What does it mean for your app?

You can develop an app for multiple platforms, like Android and iOS using one single code base. It uses Javascript to render the app’s user interface, but using native-OS views. React Native also allows you to implement code in OS-native languages like: Java and Kotlin for Android and Objective-C or Swift for iOS.

React Native utilizes JavaScript codebase for multiple platforms. It also allows for sharing and reusing most of the code between iOS and Android. By reusing the same code, you not only speed up the development process, but also require less resources: there is no need for separate iOS and Android teams. The maintenance of the app and the code is much easier as you're only dealing with one codebase. Smaller team operating on the same code also means it is easier to onboard any new members, in case you need to scale your product later.

No sacrifices in User Experience

You don’t need to make sacrifices in User Experience and User Interface, as opposed to other cross-platform development options out there. The User Interface rendered by JavaScript feels more native to the user (e.g. the buttons are OS-native). And thanks to the possibility of using native languages in the React Native code you are not as restrained with the features, and you can develop crucial features in the platform’s native language.

Hot Reloading & Live Reloading, available in React Native, ease out the coding process. Developers can see the changes in the code in real-time, there is no need to reload the app. This seemingly small productivity boost, can actually save up a lot of time, and is also one of the reasons why developers are so fond of cross-platform solutions.

Both React and JavaScript are ones of the most popular programming tools. The demand for mobile apps and cheaper and more effortless solutions is growing, and this is what makes React Native attractive for both businesses and developers. The React Native community is constantly expanding, making more third-party integrations possible and helping to fix all the existing problems.

React Native relies on operating systems when it comes to design guidelines, and iOS and Android do not behave the same in this respect. If the designs are too complex, e.g. have a lot of interactions an animations that are crucial for the app's success, it might be counterproductive to implement the app in React Native.

An example of a React Native app designed & developed by EL Passion - TruckUp.

For the best performance, designers need, and should know you plan to deliver the app in React Native, so they can have in mind React Native technological constraints while designing the whole experience.

Native app languages give much more freedom when it comes to integrating functionalities with native APIs and third-party libraries designed for mobile use. React Native can use a good amount of APIs, and in case it does not you can insert native modules in the code, as we discussed previously.

One thing worth mentioning is that relying a lot on native APIs is not a good choice in React Native apps. Bridging React Native with native code a lot makes it heavier and affects performance for the end user. Also, making an app solely rely on bridges with the native code defeats the purpose of using React Native in the first place.

JavaScript is less of a strict language compared to native, which means that some integrations or functionalities might cause unexpected problems in the code for the whole app or for particular platforms.

Considering the young age of React Native, it is a lot more likely to encounter problems not seen before; and debugging these issues on your own might be a time consuming task. This is one of the most prominent risks that has to be taken into consideration while thinking about React Native app development.

The need for native developers is still there

React Native allows the use of native modules within the code for specific native-OS features (push notifications, camera, or third party services). React Native apps are also available in Apple’s App Store and Google’s Play Store. Sometimes linking libraries between React Native and native modules can be tricky, and a helping hand of an experienced iOS & Android developer is invaluable. The issue is similar for publishing the app: it is a lot easier for native developers who are already familiar with the procedure and documentation needed.

This is less of an issue for agencies where developers can usually consult one another freely, and more a struggle for startups and internal teams who might not have readily available access to consult anyone fluent in native mobile app development.

Developing an app in OS native technologies will always give you access to native-OS features (SDKs, sensors, specific hardware) with no problems or workarounds necessary. It means that if you're planning on developing an app heavily relying on OS, using ARKit, needing access to hardware (camera, Touch ID), it is better to consider native solutions rather than cross-platform ones.

It's also no surprise that both Apple (iOS) and Google (Android) provide the necessary support for their native applications, and if they develop a new OS feature or add a new hardware element, the access to it in native OS languages is always much easier and available faster compared to cross-platform solutions.

Native solutions perform better in terms of speed, graphics support, frame rate and overall efficiency as they have full and undisturbed access to the device and the OS. The data exchange between native apps is also more fluent, two native mobile apps can easily interact with each other and access relevant data (a good example would be Apple's HealthKit, and third-party apps using the data gathered by it).

Better control over the code

Native app development allows writing lower-level code which gives developers better control over the environment. The code is much easier to analyze, troubleshoot and debug as everything in the code is based on the same principles. The versions of the software may differ, but the core and the rules stay the same overall. Developers do not need to take care of compatibility outside their operating system.

Native solutions offer almost limitless possibilities when it comes to customizing your UI and UX so it feels most natural for the end-user. If sophisticated User Interface, animations, seamless transitions etc. are a part of your Unique Value Proposition and you need to satisfy needs of demanding customers used to top-notch look and feel, you might want to consider developing native mobile apps.

Developing two separate native mobile apps for two separate operating systems is not only time-consuming, but most importantly involves a lot more budget than cross-platform solutions (and not only for the development, but also for the app maintenance). In cases when you want to develop two apps, you need to establish two completely separate teams of developers who will build two separate (but same looking) apps from scratch. Most likely, the app problems and bugs will also be different on each platform.

Developing the same exact app twice might be a headache for a Product Owner, so the client. Taking care of two separate teams, dealing with different problems along the way, overseeing the daily work might be overwhelming. Developing two native apps at the same time requires a clear-cut set of processes and planning for everyone to be happy, and for the product to become a success.

Relying on Facebook - What’s the future of React Native?

It is self-explanatory that relying on third-party open-source technology may feel risky. Native languages make it a priority to offer maximum usability and backward compatibility to their users.

Open-source products are only as strong as their communities, and they usually do not offer any regular updates. This is why you should expect to see a gap between the launch of any new native OS feature and it being included in React Native (e.g. Apple’s TouchID & FaceID).

On other hand, the React Native community is growing exponentially, so we can be sure we have yet to see what it really has to offer. The big guys like Netflix, Walmart, UberEats, and recently Shopify, are on the React Native ship.

When to use React Native for your app? - A business perspective

React Native is a good choice for all apps that do not need to rely a lot on the native APIs and the use of native functionalities (including all AR & IoT).

It’s important to know that the end outcome and the final look of your app relies heavily on the skills of your developers. Make sure you have a partner knowledgeable in the React Native benefits and constraints as well as native app mobile development; a partner who can guide you and estimate risks that might arise throughout the development process.

React Native is for you if:

Native Mobile App Development is for you if: 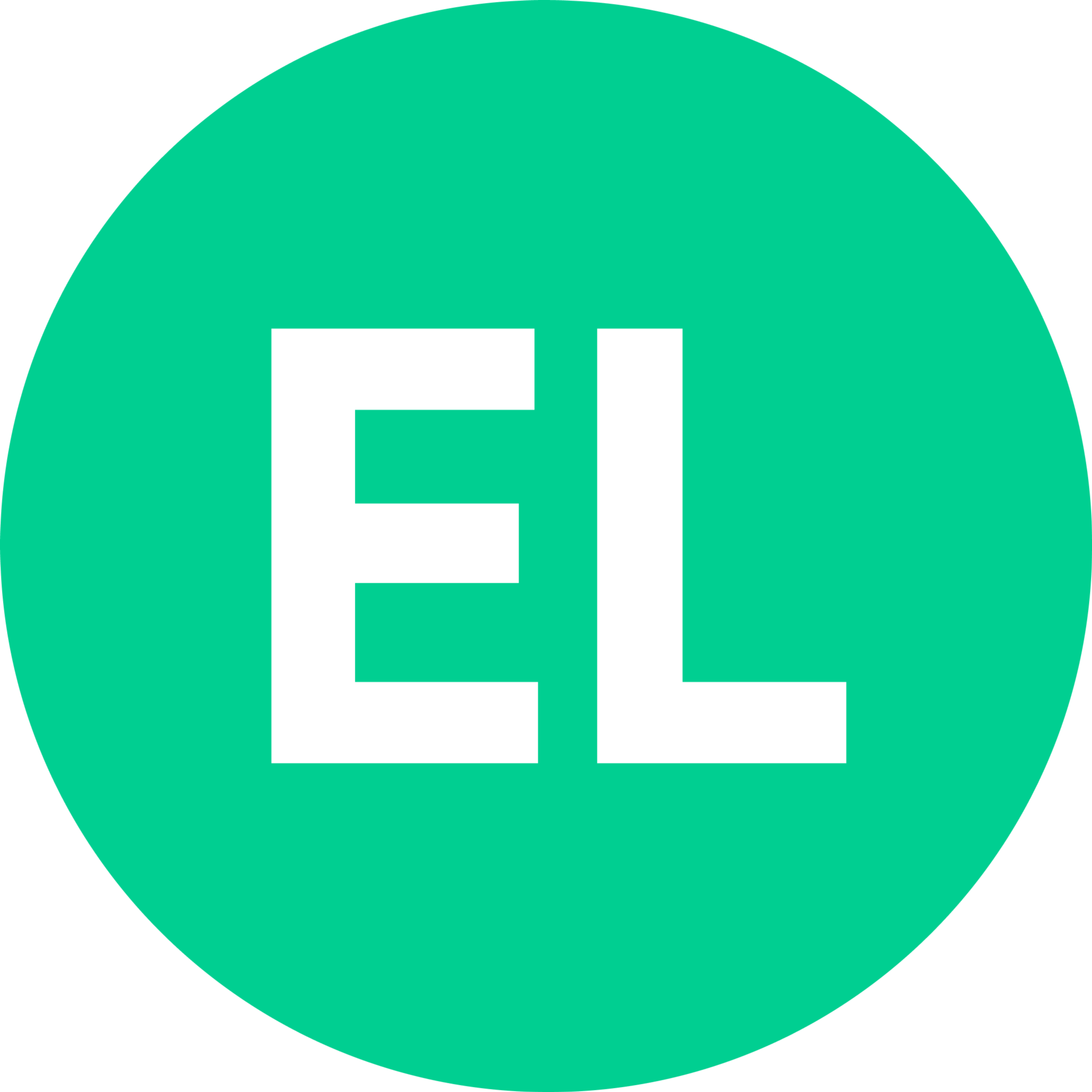