Not all disabilities are visible

“Not all disabilities are visible” is the theme of International Day of People with Disabilities. This theme is very relevant for us as a company that specializes in hiring and training individuals on the autism spectrum because, for many, autism is an invisible disability.

“You don’t look autistic” is something that many autistic adults have heard countless times, including me. It’s a comment that is usually said in a well-meaning way, as in, “I would never know you were different” or “don’t worry, nobody can tell.” To most autistic people, this isn’t a compliment because it only further highlights the difficulties of having an invisible disability.

“Not all disabilities are visible” is the theme of International Day of People with Disabilities. This theme is very relevant for us as a company that specializes in hiring and training individuals on the autism spectrum because, for many, autism is an invisible disability.

When someone tells me that I don’t look autistic, I hear that they have an incorrect or very narrow idea of what autism is and that I don’t fit that stereotype. It’s a comment that serves to invalidate someone’s disability and reinforce that disability is a negative that should be avoided. The truth is, autism has no “look” or even one set of traits, strengths, or struggles. A favorite phrase at auticon and of autism advocates all over the world is “if you’ve met one person on the spectrum, you’ve met one person on the spectrum” because every autistic person and their autistic traits are unique. This variety of traits and presentation is one of the factors that makes autism an invisible disability for many.

Autism is sometimes so invisible that plenty of people aren’t even diagnosed until later in life. The CDC reports that 1 in 54 children are diagnosed with autism (approximately 1.85%). The CDC also estimates in a recent study on adults that approximately 2.2% of adults (about 1 in 45 or 5.4 million people) are on the autism spectrum. Working with these stats alone, this means about 194,000 people whose autism was invisible enough to go undiagnosed for 18, 30, or 50+ years. At auticon we genuinely run the gamut in terms of age of diagnosis. I was diagnosed at age 18, we have others diagnosed more “traditionally” in young childhood and others diagnosed in much later adulthood. The age of diagnosis doesn’t necessarily correlate to the invisibility of someone’s autism today.

Being diagnosed late doesn’t mean that we didn’t struggle; it just means that we didn’t meet people’s expectations of what autism is supposed to “look” like, and so ours was particularly invisible. Similarly, many of our colleagues who were diagnosed early in life now, for better or worse, have learned ways to mimic, mask, and cope, and so their autism is also invisible. This is especially true in a workplace environment where autistic traits can look like other things, both positive and negative, unless you know what to look for.

Given the statistics, you likely have autistic employees or coworkers. Do you have any extraordinarily detail-oriented or super creative employees, that think laterally, literally, or outside the box? Maybe you have a coworker that will converse all day about one topic but might not talk much about others, or is very social but only once someone else starts the interaction? Do you have a team member that is way more efficient than everyone else or who works slower, but the quality of work is above and beyond, so nobody minds the pace? If you answered yes to any of those, then you probably have autistic colleagues. However, it’s also likely that many of these autistic employees have not disclosed their diagnosis. This could be for a number of reasons:

Legally, accommodations only have to be provided to people with qualifying disabilities if they disclose those disabilities and request accommodations. However, we all know that everyone has different workplace needs regardless of any formal diagnosis and that advocating for those needs can be challenging.

One step to making your workplace more friendly for autistic and other neurodivergent people will also help all of your staff offer flexible accommodations without a diagnosis. This will open up a new opportunity for those waiting on a diagnosis, who know that they struggle but have no idea why, or who aren’t ready to share their diagnosis publicly. It will give all employees a chance to create their ideal work environment where they can thrive. As an employer, you can play an integral part in helping someone achieve their full career potential by looking out for them and offering accommodations that you think they might need if they appear to be struggling. 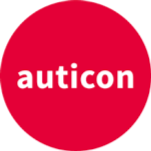