Building a digital product, for example, a mobile app is a complex and usually long journey. Its goal is to launch a software digital product people will eagerly use. Hence, how can you secure the project and examine its relevance before the app will be brought to the market?

Test the solution with users on the product's prototypes.

Creating a prototype is an effective way to validate the software product's idea before development, and it helps to build the mobile app users will willingly use. Prototyping is also a great tool to maintain the budget – it enables the solution's verification before it will be produced.

A prototype is a tool that the UX design process uses to test the product's concept. In other words, it's an interactive presentation of an app idea, user flow, or product's features in a form of a clickable solution.

Presenting the prototype to users, business representatives, or anyone who should be involved, allows for examining if an app idea is understandable and getting the overall or detailed feedback.

The gathered reactions help to improve the app and make it more user-friendly. Refining the app based on users' feedback helps to build a final product better suited to the market needs - that is, its users, thanks to which we increase its chances of success.

Contrary to appearances, testing with prototyping does not have to be a very time-consuming and expensive process. The most basic way of prototyping is solution testing in a form of simple sketches presented on paper. Testing on paper prototypes is very general but helps to confirm if the overall app idea is clear and legible.

Prototypes have different levels of fidelity and can be used iteratively. First, the designers can test the rough ideas with low fidelity prototypes (on paper or made digitally), then improve them based on feedback. As the last step before development, the solution can be tested with high fidelity prototypes that are close and similar to the final product. The general rule is that the more advanced the design process is, the higher fidelity (more detailed) the prototype should be. 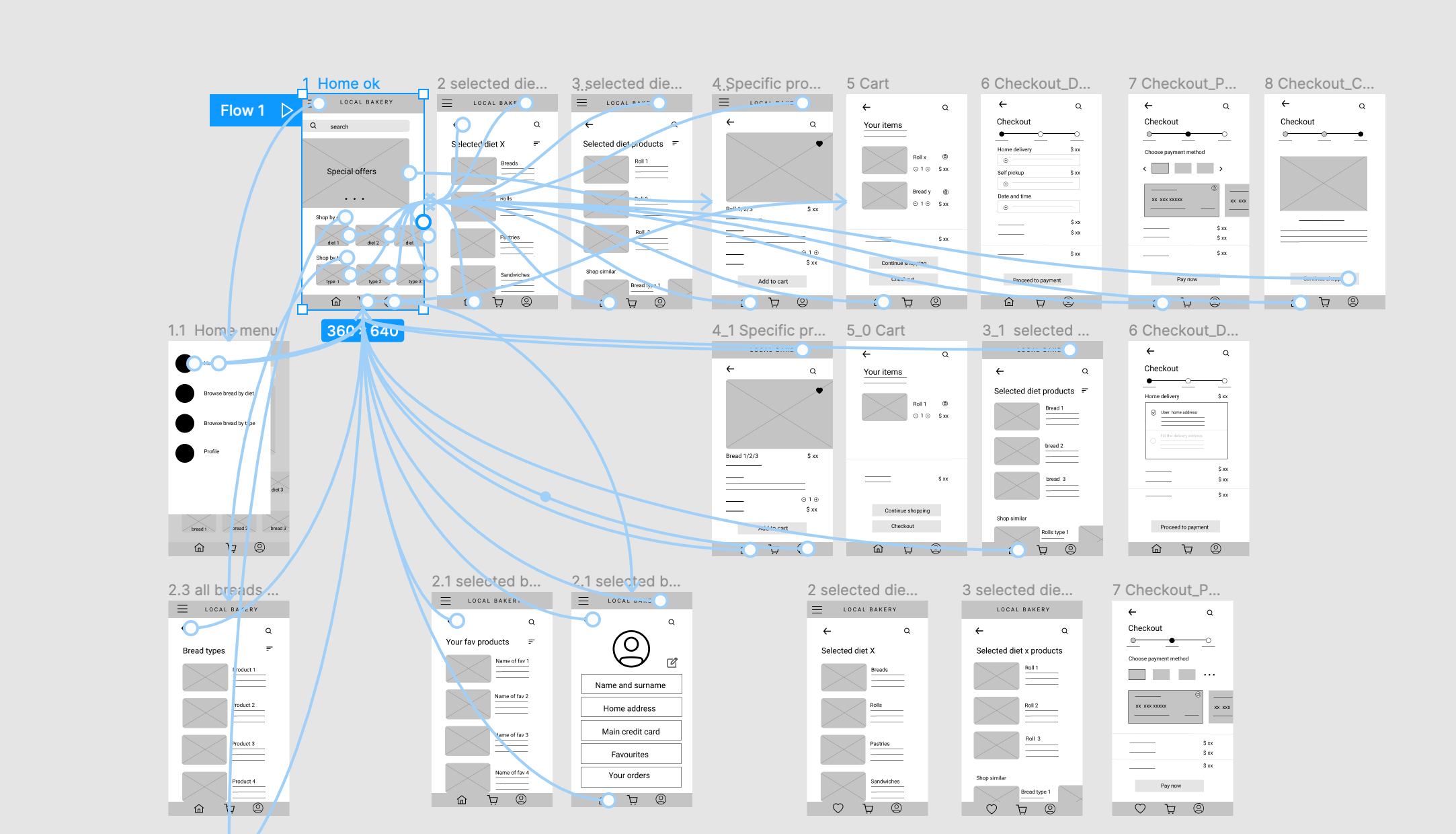 How to test the app ideas with prototypes

Before creating a prototype the team has to collect all the necessary information as a base for what the app should be like. The data are obtained from various sources and all of them matter. Without it, the designer just guesses how the product must be designed, and that means the risk of wasting time and money from the beginning. Let's divine into what are the pre-testing actions that allow the team to quickly test different ideas for digital solutions.

Knowledge about the business need and value behind the project is essential to give the client what is demanded. Gathering ideas and defining the app's concept, its target audience, and interface elements is significant as a first step to start with.

2. Determine users and their problems

Being fully aware of what value for users the product brings is a crucial information that helps to design a product in all stages. The questions that must be answered are various, but they all concern users.

Collecting this information makes it easier for the software team to understand a wider context, the users' pain points, and design a useful user-centered product. This, in turn, increases the chances of the application being successful. 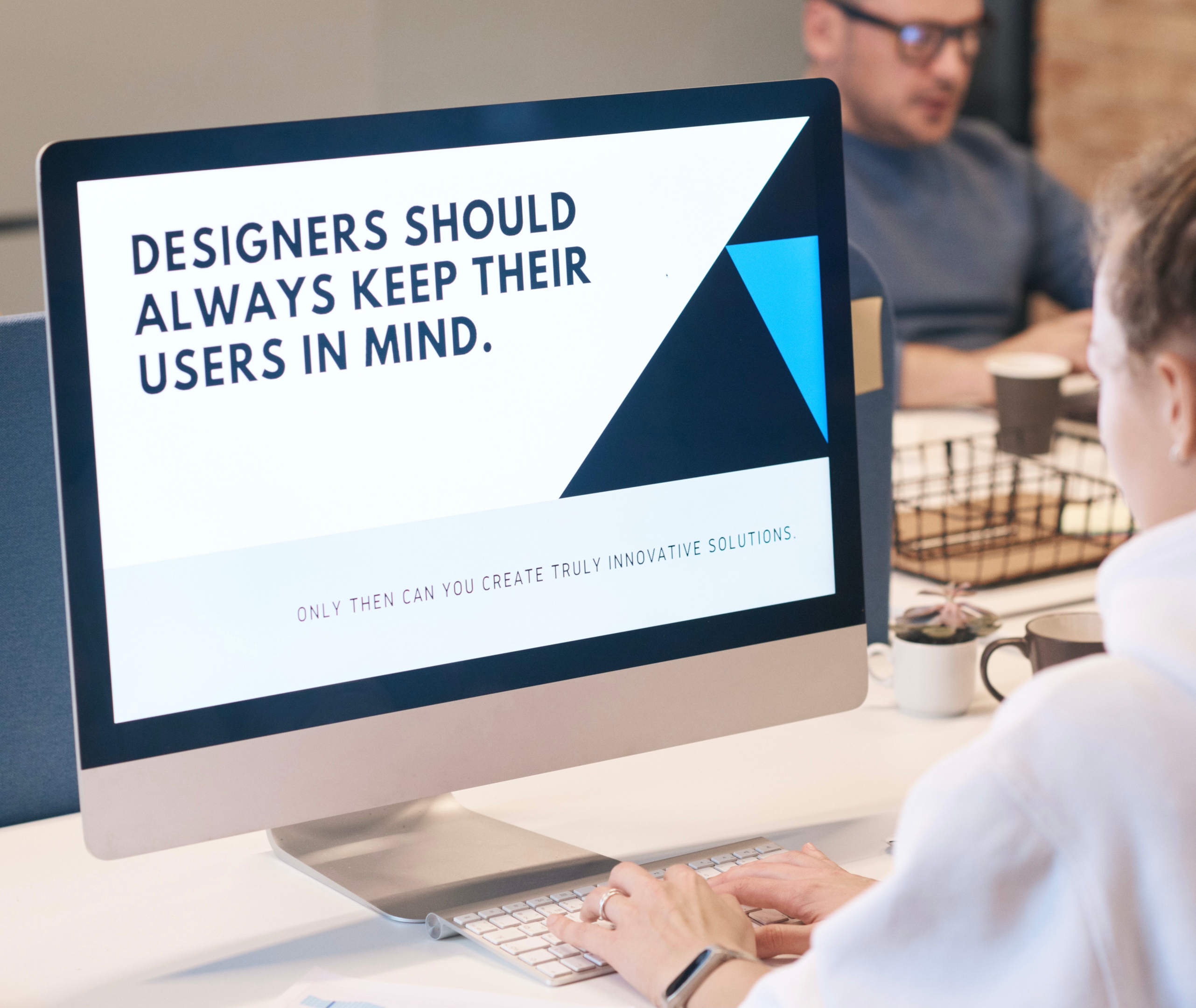 3. What does the market already offer?

Carrying out the competitive audit of related products can be a key element impacting decisions regarding what should be the unique product's value. What is already on a market which solves similar problems? What is lacking and can be a game-changer for users? Knowing the market helps create better apps. Simple but true.

Based on gathered data, the designer draws the solution. A very important aspect is to create an intuitive user flow – the steps of what happens after making a specific action. When sketching wireframes (prototyping tools) it's good to remember that it's a creative process and the first idea probably won't be the last one. 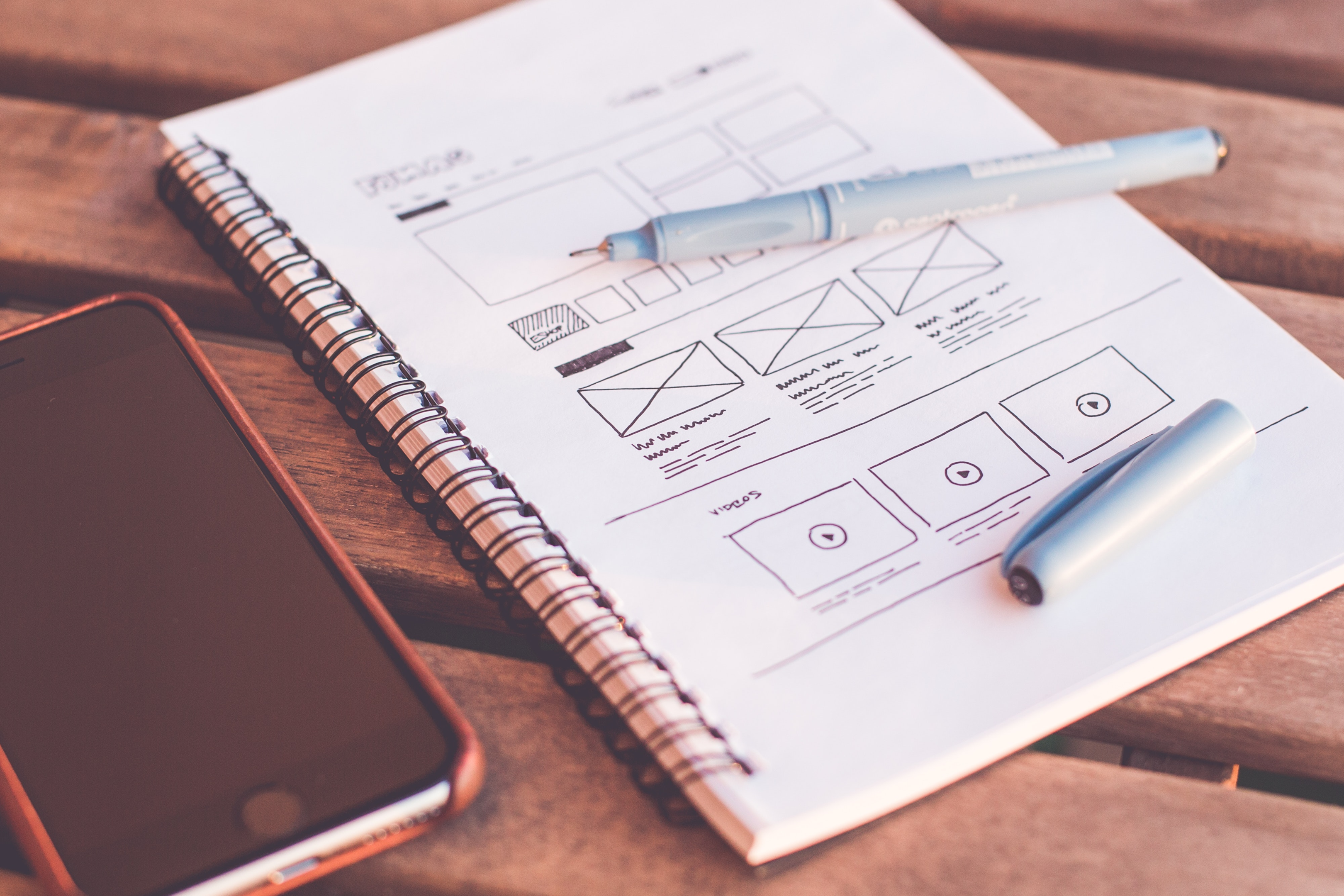 5. Set up a goal for testing a digital prototype

The team and the client have to know what must be tested, and what conclusion they want to draw after analyzing the prototypes with users. Testing goals are needed to define questions and tasks, the users will be asked to conduct using the prototypes. The last thing is to create prototypes – making product wireframes interactive and clickable, and then all is set to be tested.

Testing the prototype with users (target audience and stakeholders) is called a usability study. It can be performed a few times. The users can test prototypes with different fidelity levels (from basic structure prototypes to very advanced high fidelity prototypes that are similar to a final product.) Testing can be moderated or unmoderated, in both scenarios users perform tasks and leave feedback about them.

7. Refine solutions based on feedback

The beauty of usability studies is the valuable insights the implementation of which will improve the app and make it more user-friendly. Testing the app prototype can be revealing. It's a normal thing that we all have biases and they impact how one person sees the product, thus testing the solution with users helps to make the app more universal and user-centered.

Still, business doesn't realize how many benefits come from prototyping. This is due to the lack of knowledge of what prototyping is and how the process is carried out. In addition, many companies believe that they cannot afford to extend the development time, which may be caused by prototyping. The reality, however, looks quite different, and the question that companies should ask themselves is whether they can afford not to validate the app with prototyping.

There are many strong benefits that stand behind testing ideas with prototypes. 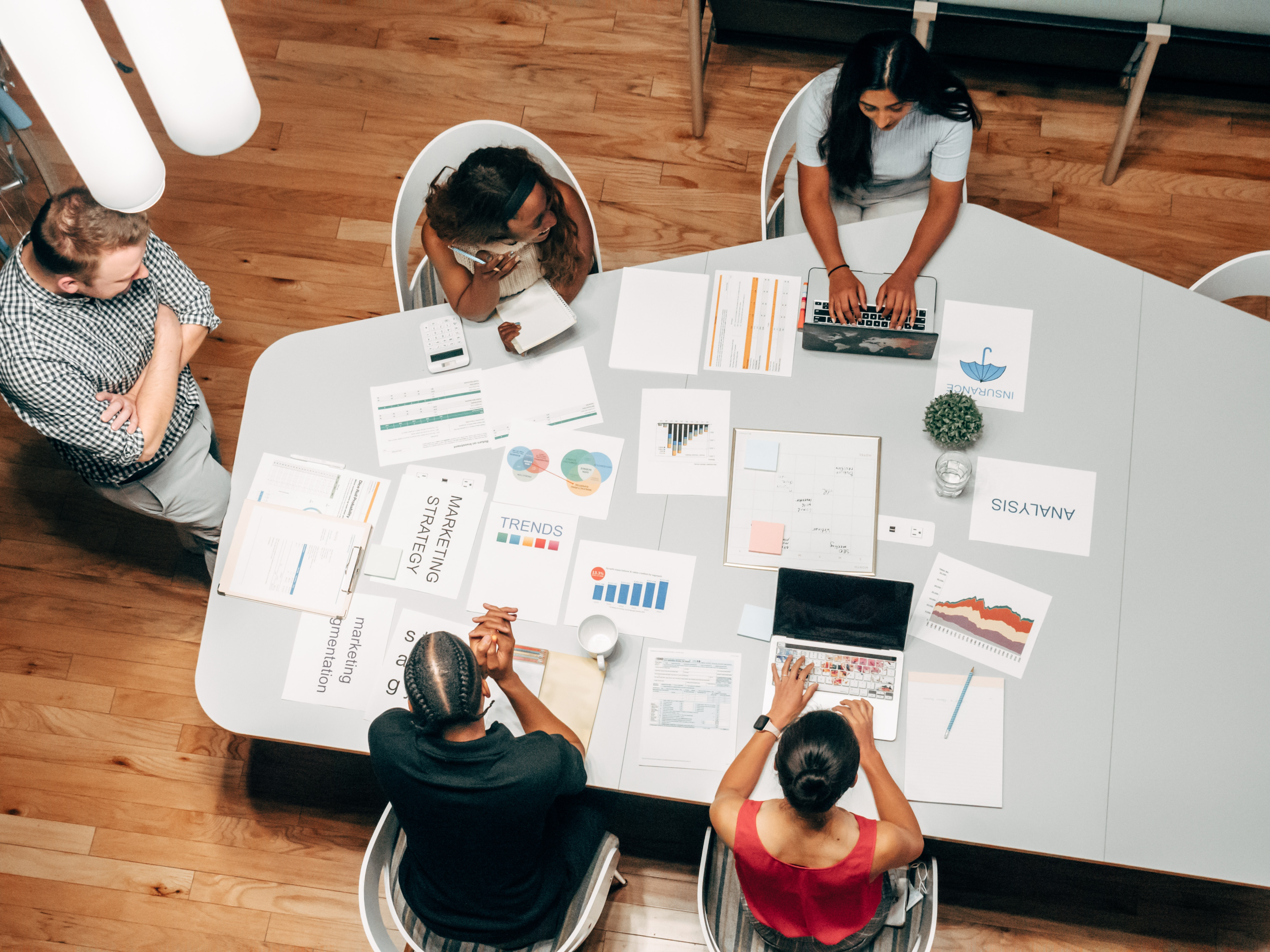 Limiting the risk of low quality and market incompatibility

The earlier the prototype testing is carried out, the sooner errors and deficiencies in the solution will be found. Prototypes testing allows for checking the most important and valuable app elements - user flow, navigation, and main features. All that decides whether the app will succeed.

Prototyping enables the development team better understanding how testers use the product, what they expect, and what they think about the overall idea. Receiving the feedback, and then refining the solution, before developers start to create the actual software, allows the team to adapt the final app to the market's needs.

Prototyping makes the idea real which helps to win stakeholders

As a human, we tend to believe in something after we see the results – the idea's materialization. A prototype helps to see the product as real, and that makes people more engaged in the whole development process. Presenting a prototype to stakeholders can be a boost for cooperation. 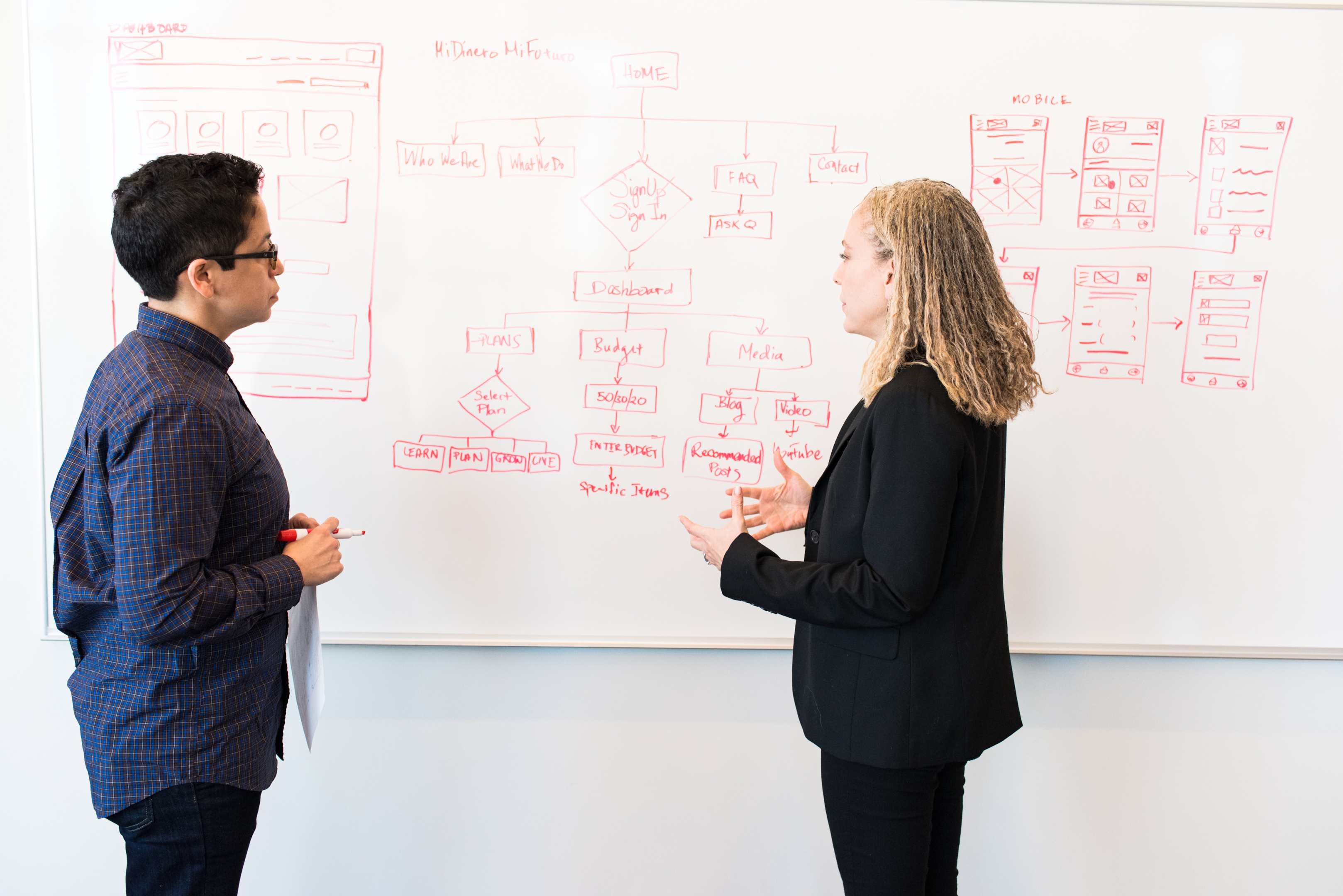 Working prototype can be a game changer in obtaining funding

Convincing someone of your idea is much easier with a tangible presence of it. Having as addition, the feedback of a potential user supplies you with a bigger probability to win the investor's favor to give the product a chance and invest his funds.

A chance for great ideas and innovative solutions

Testing with a digital prototype may bring unexpected results. The conclusions and users' feedback can change the product's perspective and make it more valuable. After all, we are not able to predict everything ourselves. Prototype testing with users before the development phase makes it possible to modify the app idea and avoid expensive mistakes.

A wise move to make is to test the solution and change it if needed before the development phase begins. The more stuff we can validate ahead of the work will be done, the better app will be suited to the market and users' needs. This way, the chances of launching the app that won't sit right with target audience are smaller, and this means a lower risk of money waste.

Moreover, contrary to appearances, prototypes are not expensive, after all, they are made from wireframes that designers make anyway. The only cost is related to conducting usability testing with users. However, the benefits are solid, especially since they help to avoid expensive mistakes. 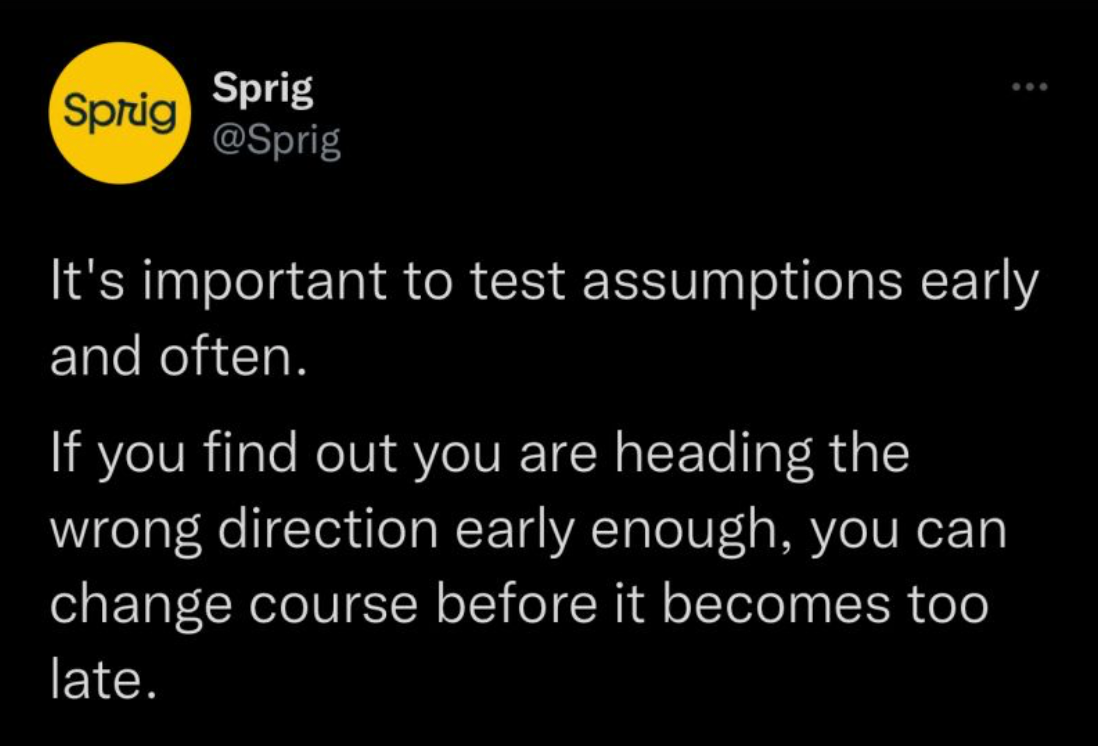 Prototyping, as a tool to increase a usability digital designs and products, is more complex that all the aspects described in this article. However, a professional technological company creating web and mobile apps will be equipped with all the resources to carry out such prototyping. As a client you don't have to worry about prototyping tools, programs or how to make the visual elements on prototypes more appealing. The most important is to be aware that of prototyping tools can be very useful to create an app people will love.

Hopefully, the article makes the prototyping topic more clear and interesting regarding a way to make an app idea better. If you are interested in how we use prototype to create digital solutions that engage people, visit our website and get in touch. 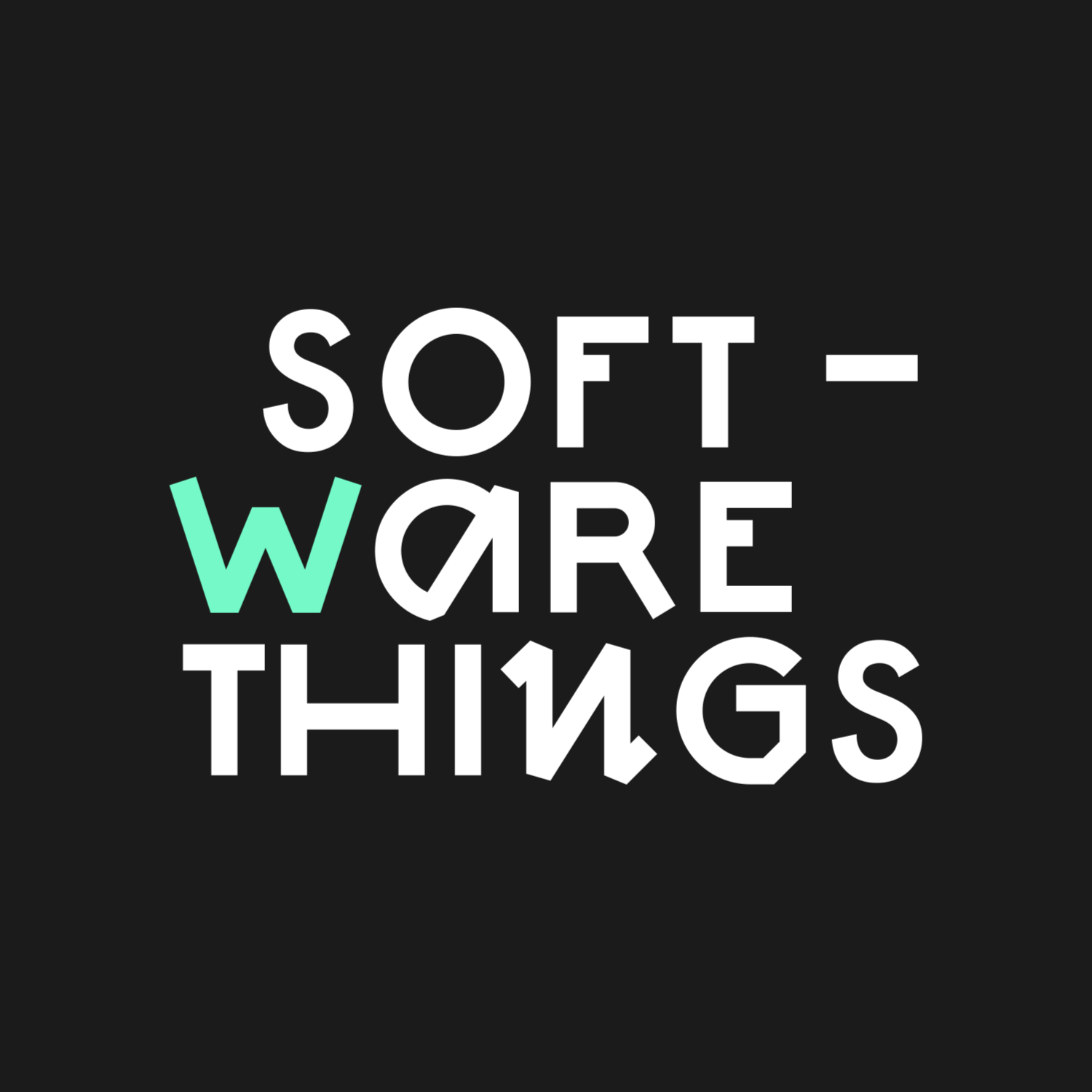