How to Build an MVP App With Hybrid App Technologies

If you have an idea for a new mobile app, you might wonder how you can get it produced and launched as quickly as possible while still being able to test the market demand. Creating an MVP (or Minimum Viable Product) is one of the ways to do this.

An MVP helps software developers reduce the risk associated with introducing a new product to the market by testing hypotheses about demand before significantly investing in production or launching the product to the general public. An MVP has a very limited set of features that are essential for that product to function. The general aim is to have something that looks and feels like a finished product, but on the inside has all the main mechanics exposed so that they can be tested.

An MVP usually focuses on one specific metric such as adoption rate, retention rate, or some other single performance indicator. Here are some core steps on how to build an MVP app with hybrid app technologies. Read on to learn more!

Building an end-user-centered MVP is the foundation on which you can enable you learn on how to build an MVP app. The most critical aspect is to define your target end users and to understand what their core product needs are. This insight is the spark that will guide everything that follows. You will want to do extensive customer development to understand the nature of your market, your customers, and their needs.

At a minimum, you should conduct interviews with at least 10 prospective customers. You can use a structured interview process like this one to guide your discovery and to understand their motivations. Through this process, you will want to identify the core product value of your application. What really differentiates you from other solutions and makes you worth the effort of installing and using your application? There are lots of ideas that sound good in theory, but fail when put into practice. Stay focused on the core value that differentiates you from the rest of the market.

A core concept in user experience is that people don’t buy products, they buy solutions. What does this mean for you? It means that instead of pitching a “mobile app for X”, you should be pitching a “solution for Y”. Y could be “X”, but it could also be “Z”, “P”, or “Q”. You want to be as broad as possible when thinking about the need your product is meeting.

To start a mock-up, create a simple one-page website that describes the core value you are providing to your end users. Why should they use your product? What problem does it solve? Be as specific as possible. If you’re creating a mobile app, you might want to include screenshots of what the finished product would look like.

Next, position this core product value as the primary user behavior change that your app will prompt when it comes to how to build an MVP app. This is the specific action that your app will help your users take that will bring them value. We’ve seen many companies try to start by attempting to solve too many problems at once. They attempt to create an all-in-one solution that solves a wide range of customer problems.

The result is an un-focused product that is too complicated to use and unlikely to be adopted by their target customers. Keep your initial behaviour change as specific as possible. You want to identify the smallest possible behaviour change that will lead to a significant customer value. Ideally, you are solving a painful problem that many customers have but have not been able to solve on their own.

you’ll want to take the broad strokes you outlined in the mock-up and drill down into specific situations where your product would be useful. What are some ways in which people could benefit from using your product? What are some use cases you could explore? What are some key segments you could target? Put yourself in your customer’s shoes and ask yourself what you would want if you were in their situation. What are the main pain points or problems that your customers are trying to solve? For each of these situations, write out a sentence or two describing the end user’s circumstances and how your product solves that problem.

3. Identify the most important behaviour change

Next on how to build an MVP app list is defining the smallest possible metric that will demonstrate that your users are taking the desired behavior change. For example, let’s say you are building an app that helps people track the amount of calories they are consuming. Your core product value is to help people track their food intake so they can manage their calorie intake.

Your initial behavior change might be something like “people add at least one food item each day.” The metric for success in this case would be “the average number of items added by all users each day.” Your app is not finished or complete until users are successfully tracking the calories they are consuming. You don’t have to have a fully fleshed-out feature set and user experience; you just need enough functionality to drive that desired behavior change.

4. Decide how to measure success

The next step is to determine the timeline for achieving this metric of success. How long do you need to keep track of this metric before you can declare it a success and move on to the next stage? Generally, you will want to measure this for at least two separate user segments. You want to measure daily average for new users (total users – people who have downloaded your app in the last 7 days).

You also want to track the same metric for daily average for returning users (total users – people who have downloaded your app in the last 30 days). You will likely have a rough formula or model in your head that looks like this: (ADU + RDU) / Total Daily Users * 100 ------------- % New User Adoption Here, ADU is average daily usage by new users, RDU is average daily usage by returning users, and 100 is the percentage of new users who have to adopt your app before you can declare it a success and proceed with your next stage.

5. Sketch out wireframes and user flows

Your next step is to build a low-fidelity prototype using tools like Cordova or Xamarin. This will help you identify areas of your design and user experience that need to change. At the minimum, you should create an interactive mock-up that allows you to click each screen and view the final design (no code at this point). You should also create a clickable UI that allows you to navigate between screens.

At this point, you have an idea of which features you want to build and how they should work. Your next step is to build a high-fidelity prototype that shows exactly how those features will work. You want to build a prototype that is as close to the final product as possible. This will allow you to test the assumptions you made about your users and the problem you are trying to solve. The best way to do this is to create a high-fidelity prototype using tools like React Native or iOS Swift Code (if you are building an iOS app).

Finally, once you have validated your solution and built a high-fidelity prototype, you are ready to build the final product. You will want to be mindful of the resources you have available, both in terms of engineering and financial resources. Building the most robust and feature-rich app is unlikely to be the best approach.

As you build the app, keep your metrics of success in mind. Try to build and release each feature as fast as you can. Every week, try to ship as many features and bug fixes as you can. The faster you can get your app in the hands of real users, the faster you can validate or invalidate your initial assumptions about the problem you are trying to solve. You can then use this validated learning to guide where you spend your engineering resources and determine which features to build and which features to cut. The sooner you get your app into the hands of real users, the sooner you can start building real value and delivering a real solution. 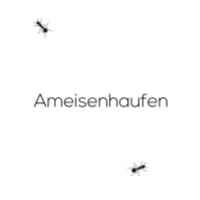