Everything You Need to Know About the Oculus Quest

Virtual reality technology is developing so fast that it has become infinitely more than just an entertainment tool. For example, there are an estimated 58.9 million VR users in the US, and many of them use VR for different purposes like gaming, education, and work-related simulation. The Oculus Quest is one of the best-selling VR headsets that can provide you with a great experience at a low price.

In this article, you will find a detailed examination of Oculus Quest (and Quest 2), a comparison with other headset brands, and guidance on finding a reliable VR app development company to deliver a stunning app for your business. So let’s dig in!

What is the Oculus Quest?

The Oculus Quest VR headset launched in 2019, and has since become one of the most popular VR devices in the modern world. It was developed by company Oculus VR, which is currently under ownership of Facebook.

The standard Oculus Quest system consists of a VR headset (head-mounted display) and 2 controllers to be held in hands. You can use it to play games, work, study, and engage in numerous life-imitating and imaginative simulations.

Both Oculus Quest virtual reality headsets are based on Android OS. They allow you to enjoy different VR applications in the fields of games, multimedia, training simulations, etc. These applications can be bought in the official store, or you can order the development of a custom application for special needs. Let's look at how each of these models works to understand the difference between them.

How does the Oculus Quest work

Oculus Quest works autonomously, without a wired connection. It’s a multifunctional device for entertainment and education that immerses its user in a virtual environment. So what can Oculus Quest specifically do?

When you put on the headset, the functionality allows you to look around the outside world to understand exactly where you are before immersing yourself in the virtual world. You can play games or browse multimedia even on the go. In addition, you can participate in interactive training in a virtual environment.

You don’t need a computer to configure the device; you can do this using a headset or a device that supports the Oculus mobile application. You can also stream your game or media to your TV or phone so that others can watch your virtual world.

The standard set includes two touch controllers equipped with sensors. Many users ask what do Oculus Sensors do? The term may refer to the sensors equipped to the headset, controllers, or even a separate accessory sold for Oculus Rift models. Sensors help the device track your movements and translate to in-app visuals.

How does the Oculus Quest 2 work

The Quest 2 model works on the same principle as Quest 1. You create a personal account in the Oculus system to upload and use content in virtual reality. The headset consists of a head-mounted display with four built-in cameras and Oculus Touch hand controllers. You can also use the Oculus without controllers utilizing the motion tracking feature.

Not sure if you need a PC for Oculus quest 2? The answer is no; the Oculus Quest 2 needs only an existing Facebook account to operate the system. Nevertheless, users can connect to a computer to use the same game library as the Oculus Quest.

It might not be obvious what the difference between Oculus Quest 1 and Quest 2 is, but it’s not only in device appearance. The Oculus Quest 2 has stronger specifications that translate to a better user experience.

If you’re going to connect one of these VR headsets to PC, it’s better to check Oculus Quest and Oculus Quest 2 requirements beforehand to ensure you have everything you need. In the table below, we specified the minimum requirements for using both models of Oculus Quest with a personal computer.

This connection of devices is accomplished with a special app called Oculus Link and a high-quality USB with a recommended length of at least 3 meters.

Which Oculus Quest Versions are Available?

The Oculus VR company has several different versions of their VR headsets that we can view below. 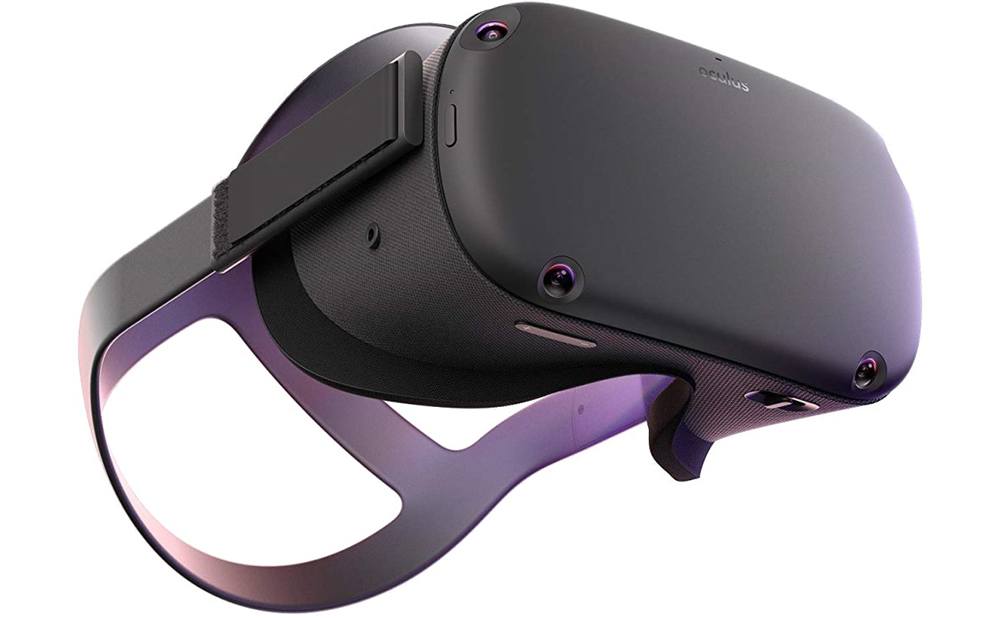 The Oculus Quest isn't the first headset from Oculus VR, but it is the first one to enjoy mainstream popularity. This model features four built-in cameras that enhance the immersive experience of the virtual world and headphones with spatial sound. In addition, the device has a motion-tracking sensor. 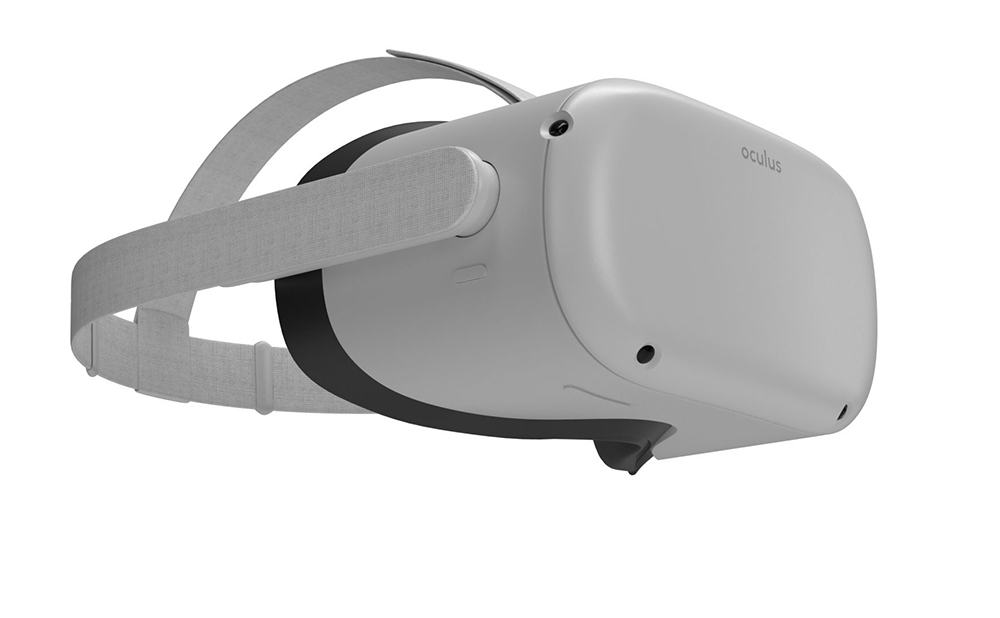 The Oculus Quest 2 is an advanced all-in-one virtual reality headset launched a year after the first generation was released. When comparing Oculus Quest vs. Oculus Quest 2, the main functions and capabilities haven’t changed, but the specs have improved significantly. The new version of the headset was made lighter, the size of the RAM was increased, and the chip was replaced with a more powerful one. The Oculus Quest 2 is designed in white, unlike the first Oculus Quest in black.

Oculus Quest and Oculus Quest 2 have different specifications that each customer can choose based on other purposes and budgets. So let’s take a look at the Oculus Quest specs comparison of the two versions. 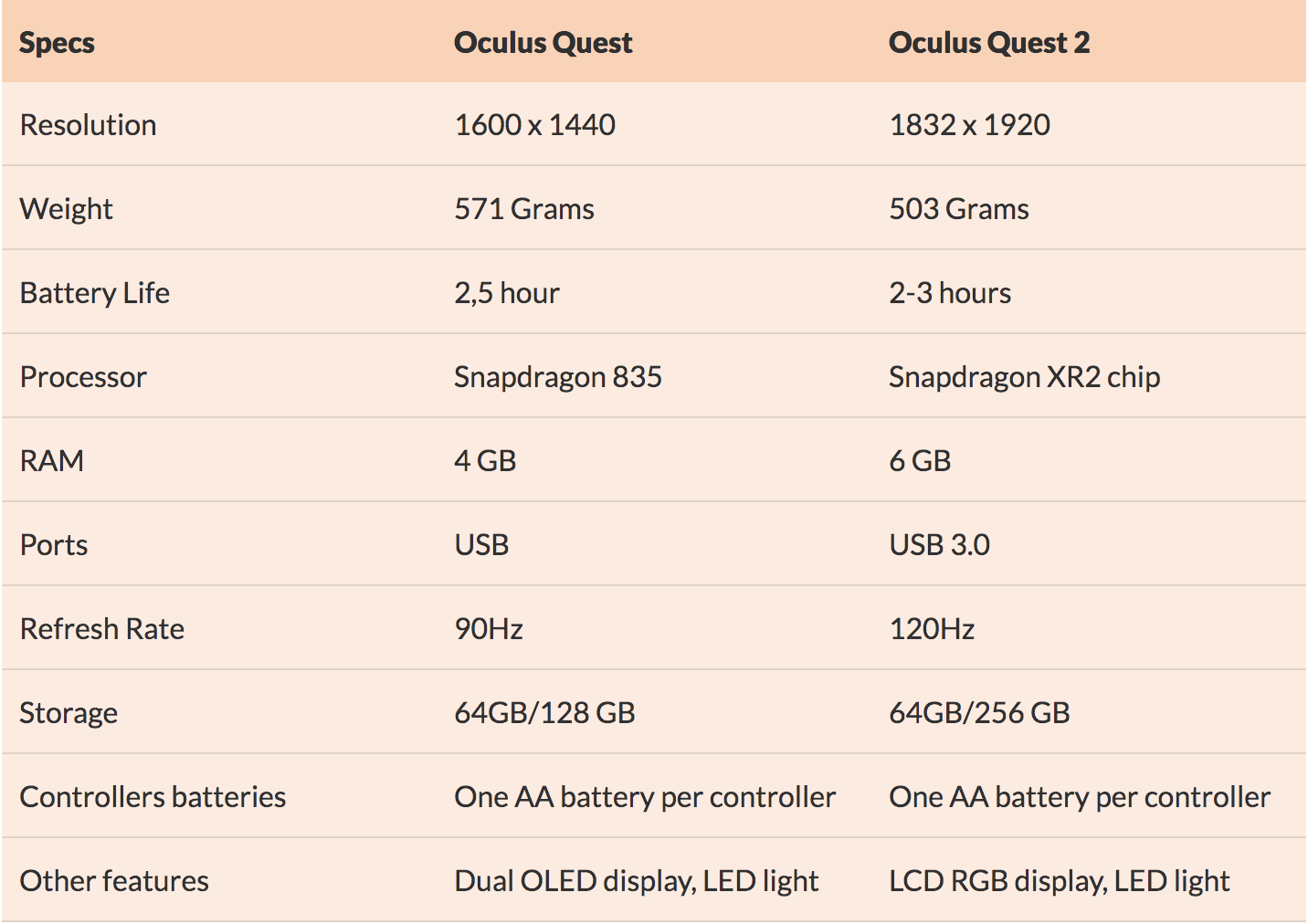 Both versions have no SD card slot, so the memory can’t be expanded in any way. That’s why it’s better to scrutinize the Oculus Quest required specs before purchase.

We got a chance to handle and spend some time with the Oculus Quest 2, and it left us with a very positive impression. Even before we got out hands on it, we were surprised by the friendly $299 price point and the fact that the basic purchase included controllers. Some headset manufacturers sell those accessories separately.

At 503 grams, Quest 2 is one of the heavier headsets, so your neck might get tired after a few hours of use. Still, this is an improvement from the previous iteration, which was about 70 grams heavier. The device looks sleek and stylish, so don’t have any concerns about looking goofy while you use it.

Looking through the device, the visuals are spectacular. The pixel depth is on par with modern smartphones and the frame rate is optimal for fast-paced gaming. Launching apps was quick and easy, and the tracking features built into the product let us be very accurate in our movements. In conclusion, we found the Oculus Quest 2 to be a well-rounded model with many strengths.

How much does an Oculus Quest cost? The base second-gen model has two storage capacities — 64GB and 256GB, which cost $299 and $399, respectively.

How does Oculus Quest Compare to Other VR Headsets?

There are several popular headsets on the market, so sometimes it’s hard to understand the difference between them — which one is better and why. Besides, if you need a custom app for business or any other purposes, the level of complexity and development costs would vary for different hardware.

If you want to learn more, check out information about the top VR headsets for app development. For now, let’s look at the how this device stacks up to other leading products on the market. 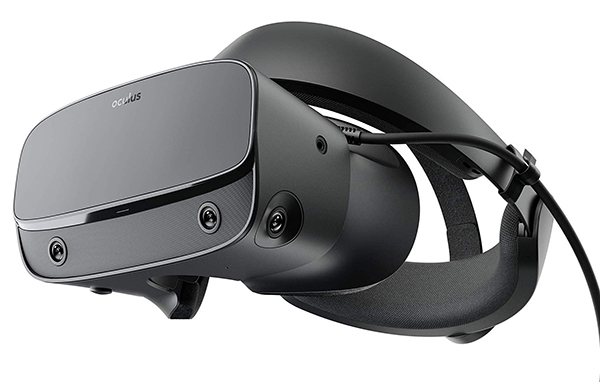 When comparing Oculus Quest vs. Oculus Rift S, the most important consideration is which fits your VR goals. For example, Oculus Rift is primarily designed for PC VR gaming. This device requires a wired connection, in contrast to the Oculus Quest, which works wirelessly. Otherwise, the functionality is practically the same, not including the indicators of optics — Oculus Rift surpasses Oculus Quest 1 in the screen resolution and the refresh rate.

But if we talk about Oculus Quest 2 vs. Rift S, Quest 2 is significantly ahead of Rift S. Quest 2 features updated touch controllers and a padded helmet strap for more comfort. In addition, Quest 2 supports up to 120 Hz refresh rates, while Rift S only supports 80Hz. 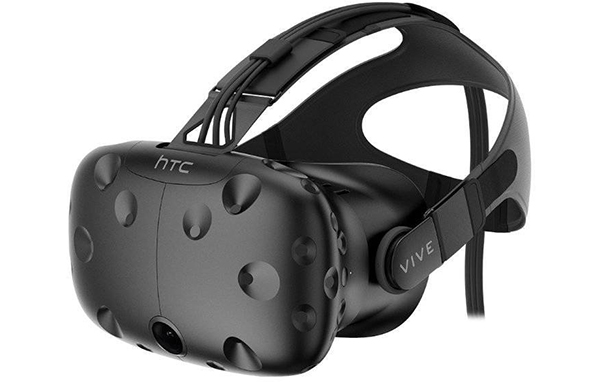 Both devices are wireless and do not require a mandatory connection to a PC. Nevertheless, Oculus Quest outperforms HTC Vive in terms of technical characteristics. For example, Oculus Quest 2 has a higher resolution - 3664 x 1920px versus 2160 x 1200px for HTC Vive. Also, Quest 2 has a higher refresh rate - 120 Hz versus 90 Hz. The Quest 2 headset is 52 grams lighter, and the device also supports Wi-Fi and is equipped with 3V sound. 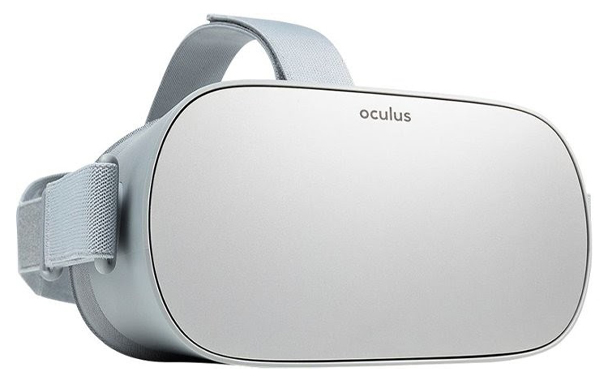 The Oculus Quest and Oculus Go models are quite different in their purpose, and accordingly, in their characteristics. Oculus Quest is mostly associated with games and training, as it is equipped with 6 degrees of freedom that allows users to move freely in the virtual world. Internal cameras track the movements of the head and body and displays them in VR.

The Oculus Go has 3 degrees of freedom, which tracks and displays only head movements. This also means that the Go model doesn’t translate your body movements into the virtual world.

In terms of sound, the Oculus Go is equipped with cinematic, 3D sound, while the positional sound system is built into the Oculus Quest. The Go model has only one controller for selecting and managing media, and the Quest has two controllers for displaying hand movements. In general, all factors indicate that the Oculus Go is best suited for viewing multimedia in VR. Oculus Quest can provide more opportunities and a high level of immersion in the virtual environment. 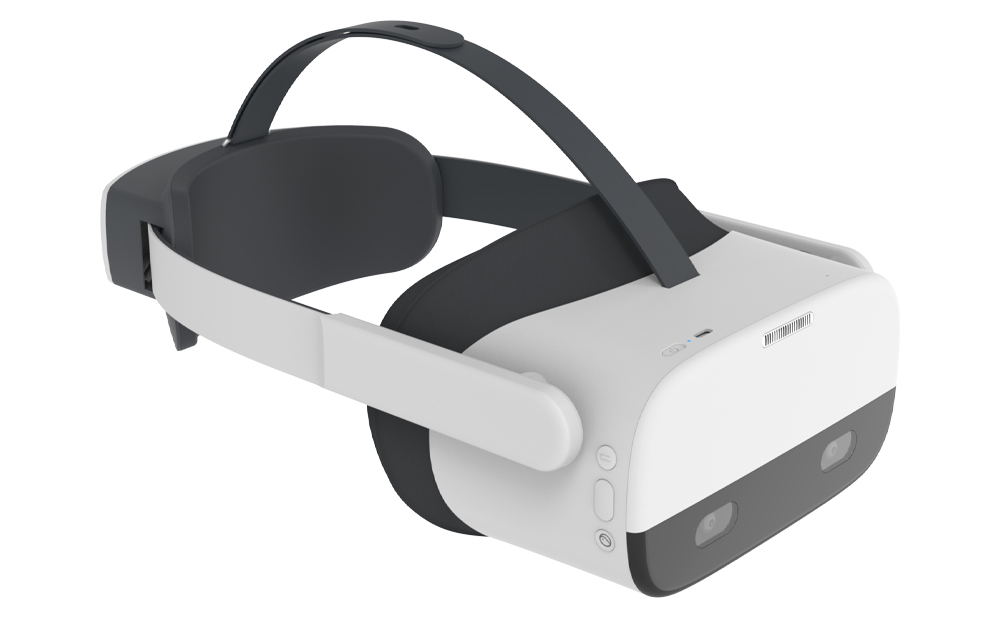 Pico Neo 2 and Oculus Quest headsets run on the same processor — Snapdragon 835. Pico Neo 2 has more RAM size — 6 GB versus 4 GB, the screen resolution is also higher for Pico Neo 2. Regarding Oculus Quest 2 vs. Pico Neo 2, Quest 2 surpasses in refresh rate — 120 Hz versus 75 Hz for Pico Neo. Moreover, the Snapdragon XR2 processor for Quest 2 is more modern and designed specifically for extended reality technologies. If you want to learn more on the topic, you can check out our guide to the Pico Neo headset. 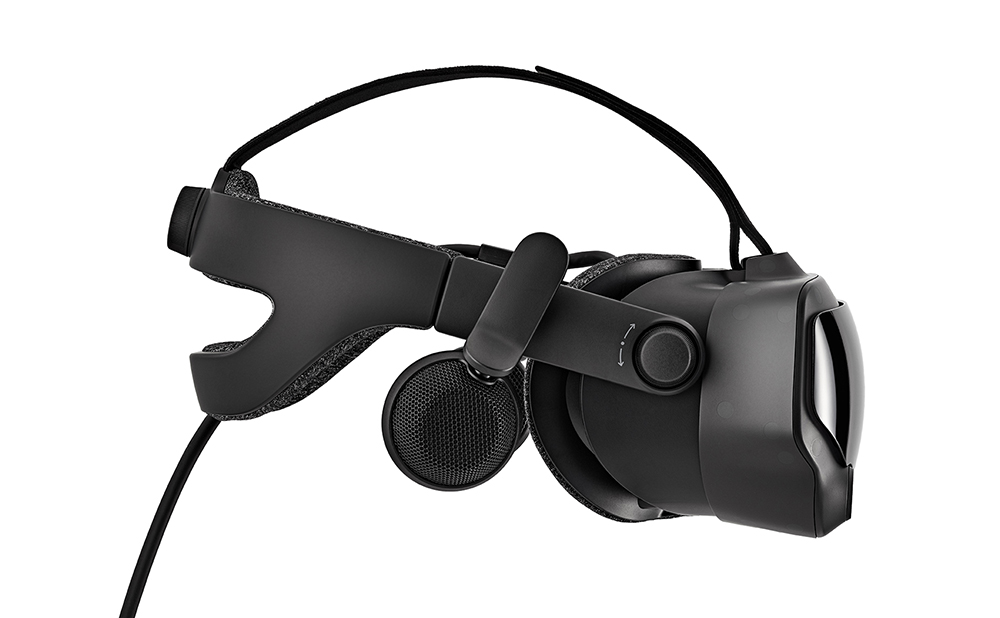 Oculus Quest 2 vs. Valve Index differ primarily in price — the most expensive 256GB version from Oculus Quest 2 costs $399, while the Valve Index headset costs $999. In terms of technical characteristics and functionality, these two headsets are approximately the same.

At the same time, the Valve Index is a high-end product, associated with spectacular quality of materials and HD visuals. It is also closely connected to the massive Steam marketplace of games and other apps.

How Does Oculus Quest Support Enterprises? 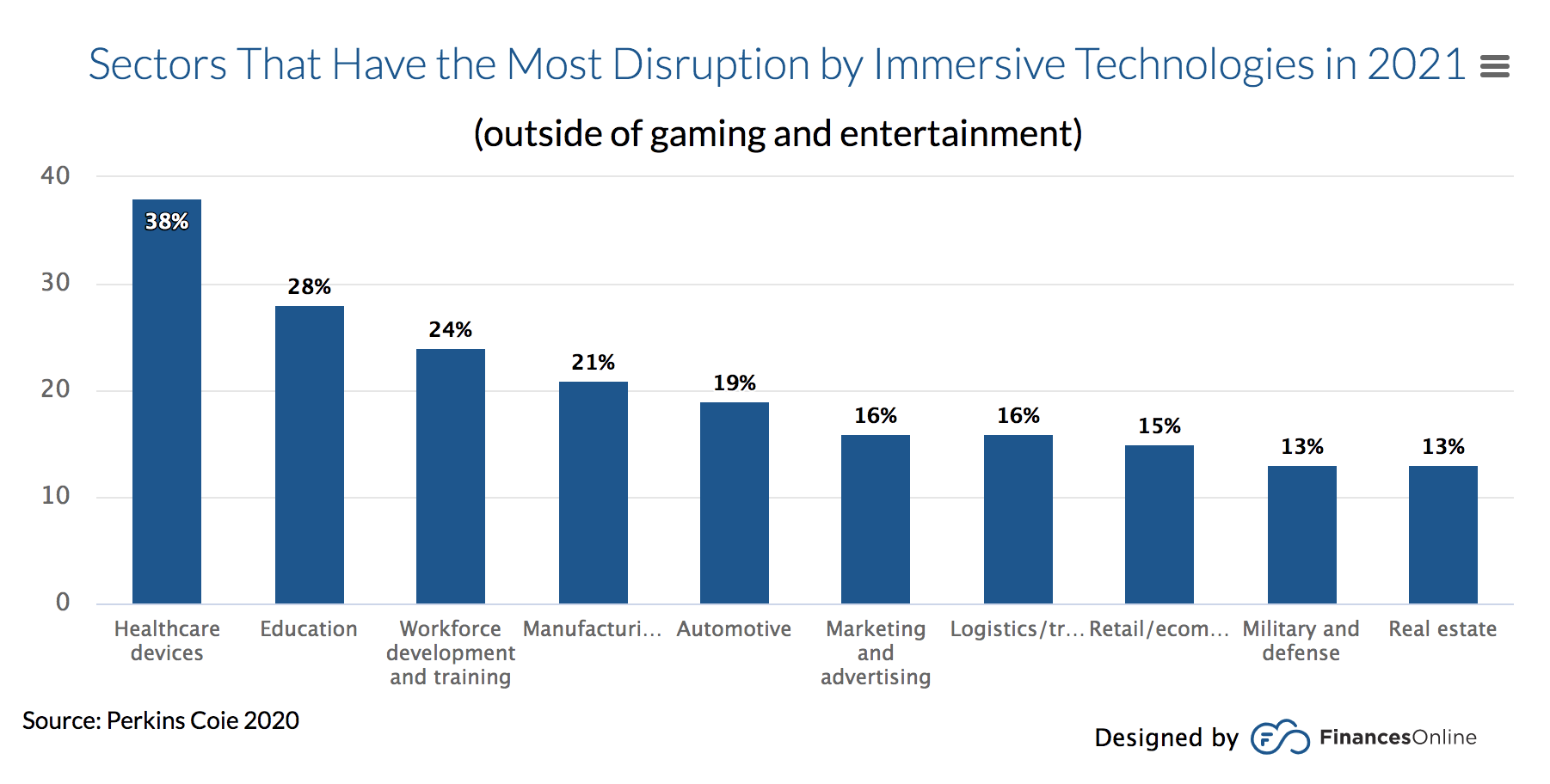 According to GridRaster, 91% of business organizations are already leveraging or planning to adopt immersive technology. That’s because a custom VR app designed for business can solve plenty of problems related to workflow efficiency and the level of education of employees. Thus, users need high-quality equipment to use such apps.

How Can You Use Oculus Quest in Your Business?

Apart from the base functionality and app store provided with all consumer models, the manufacturer also has a dedicated enterprise service that provides unique hardware and software. This is offered as part of the Oculus for Business initiative. Some of the benefits include:

Take a look at the possibilities of implementing apps through the Oculus headsets in different industries:

VR education is excellent for the more profound immersion of students in interactive education that replaces outdated textbooks. Thus, new knowledge is assimilated better since students experience information through a new and exciting format.

VR can be a valuable tool for construction workers, including engineers, supervisors, laborers, and surveyors. It lets them see the construction site from all angles and plan further work without exposing anyone to hazards. There are numerous opportunities to use VR in construction.

How to Start Building Your Application for Oculus Quest

Developing an application for business purposes is a high-responsibility task that only the most qualified specialists can handle. Although many industries are eager to implement the technology in the workplace, few know how to do this on their own.

Fortunately, the Program-Ace team is on hand to help businesses with their VR projects. We have 25 years of relevant development experience and have successfully completed hundreds of projects. Our company is proud to have accumulated strong expertise in VR, and applied it to numerous amazing projects.

We are ready to build a custom VR application for Oculus or any other VR headset you need. Feel free to contact us any time you’re ready to discuss your project.