An intro to animating with the Web Animations API

Animations can be a useful tool to enhance the user experience on the web. Aside from providing an appealing visual experience, animations can aid in the user's understanding of elements appearing, moving and disappearing from a page. This blog post will provide a short overview of the status quo of animating the web and take an initial look at the current capabilities of the Web Animations API.

The status quo of animating the web

Currently, there are two animation techniques that are commonly used on the web: CSS transitions/animations and animating through JavaScript by modifying inline styles.

CSS transitions are a basic but powerful way to define a transition between two CSS states of a DOM element. They provide limited control, but due to their simplicity it's often the preferred way to implement basic animations like hover effects on a button. Transitions happen automatically between values of a CSS attribute with a given timing function, delay and duration.

CSS animations offer more control over timing and easing. They can run for a given duration, have a delay and an iteration count. The animation itself is specified with keyframes allowing the creation of more complicated animation effects that are not possible with CSS transitions. CSS animations are usually triggered by adding or removing a CSS class to an element with JavaScript.

Both of these offer JavaScript events like animationend which allow you to react to an animation that finished, though it can still be hard to synchronize animations with application state due to the way animations have to be started. They are a powerful, declarative and performant way to do animations on individual elements.

JavaScript based animation loops are the status quo for doing complex animations. Animation libraries like ember-animated and framer-motion or older libraries like Velocity.js and script.aculo.us are built around this technique.

With a JavaScript based animation loop there is full control over timing and state. This makes it possible to take other elements into account. For example, you could take measurements of an element A and animate an element B from the position and size of element A to element B's natural position.

A basic animation loop takes a source and target state and based on a timing function calculate what the state for the current frame should be.

In the past, animation loops with JavaScript had to be done through setInterval to get an approximate 60 frames per second animation. Nowadays the requestAnimationFrame API exists which results in smoother animation as the browser will call it right before the next repaint. Browsers can also pause requestAnimationFrame when a tab is out of focus to prevent inactive tabs from running expensive animations at high framerates.

In addition, this animation technique requires the need for manual interpolation of the values we might want to animate. This can be difficult for complex values like color or clipPath, yet also gives opportunity to do different kinds of interpolation than what the browser does by default, which can be especially relevant for non-trivial values like a color space.

While this animation technique is very powerful it does result in a lot of calculations being made every frame for the duration of the animation. This might result in stutter or delay especially if something else is happening on the page. Examples are a router transition to another page or some data fetching and parsing. The browser also has limited ways to optimise such animations as it only knows about the current frame and cannot completely offload the animation to the GPU.

The Web Animations API is a relatively new addition to the browser and is still very much in development. It promises to combine the benefits of CSS Transitions/Animations and JavaScript based animations.

All popular browsers have now implemented the minimum features necessary to do complex animations and a polyfill which adds support for the Web Animations API to older browsers is available. It's time we tried it out!

The main interface for Web Animations is the Element.animate function. It can be called on a DOM Element, takes an array of keyframes as the first argument and options as the second argument. On first sight the API is very similar to CSS animations.

We'll need only a "from" and a "to" keyframe for now. The easing we set will define the timing function used to interpolate between the keyframes. For now, we will use the most basic one: "linear".

In addition to that there's some useful timing related functionality on the animation instance we can use.

With these building blocks we can start creating more complex animations.

Moving an element around

Let's create an animation which applies a CSS transform to move the element from one position to another.

This will transform the element 100 pixels to the right from its original position in 1 second with a linear timing function. When the animation is done, its effects on the element are automatically removed.

Like with CSS animations we need to specify a fill option to specify in what way we want the animation's effects to be retained. We can specify fill: forwards so our final state is retained.

Our animation now behaves as we would expect and retains the styles specified in the final keyframe.

Alternatively the animation.commitStyles() feature can be used to put the current animation state in the DOM as inline styles. The animation itself can then safely be cancelled so the browser can free up the resources it consumes.

Cancelling and resuming an animation

Cancellation is an important part of real-world animations. Animations take time to complete and in that time the user might have interacted with the page in a way where the running animation does not make sense anymore. In most cases when an animation is interrupted, another animation will be started. This could be the same animation in reverse or an entirely different one. In any case we will want to start the animation from the element's current state.

In theory, you only need to specify a "to" keyframe which would make it trivial to cancel an animation as the browser will calculate the "from" position based on the current state. Unfortunately not all browsers currently support that behaviour meaning we'll have to be a little more elaborate for now.

Let's abstract our animation into a move function which takes transformStart and transformEnd string arguments. We'll also add animateRight and animateLeft functions which are hooked up to two buttons, so we can run the animations by clicking those buttons.

This is a good time to take a look at the developer tools to find out what's going on. Note that you will not see the animated styles appear in the DOM as you might be used to with JavaScript based animation. You can see the effect they have in the computed styles and animation sections of the browser's developer tools.

From the "Animations" pane we can slow down the animation to 25% of the original speed to make it easier to see what is going on. We can also replay previous animations. When we click the "Left" button while the animation is happening we'll see that the animation is not starting at the correct point.

This happens because we explicitly specify a starting keyframe which is obviously an incorrect starting point if we interrupt the animation in the middle.

We can fix this by first pausing the animation. Next we can utilise the global getComputedStyle(element) function to retrieve the current styles for our element. We'll take the computed transform style as the starting point for our keyframe. After doing this we can cancel the current animation to free up browser resources and start the new animation. Let's modify our functions accordingly. We also no longer have a need to pass in a transformStart argument, as we will calculate that dynamically from now on.

Pressing the left or right button while an animation is running will now correctly cancel the running animation.

There is still a problem though! We have set a fixed duration for our animation. This means that if we cancel the animation after for example 0.5 seconds it will still take the full 1 second to revert the animation even though we're only moving half the distance. Remembering the Web Animations basics mentioned earlier, there is a way to get timing information from an animation. We can use that information to correctly calculate the duration for our animation to achieve a constant velocity.

Let's modify our move function again. We'll need to get the activeDuration and progress of the running animation. We can call currentAnimation.effect.getComputedTiming() which will provide us with the values we need. We can calculate the target duration with the following formula duration = duration - (activeDuration - progress * activeDuration) where duration is our default duration of 1 second;

After this change our animations will always run with a constant velocity, no matter when the running animation is cancelled. The final result can be seen in this CodePen.

When an animation finishes

Secondly there is also the Animation.finished promise, which resolves when the animation finishes.

These functions behave a bit differently when an animation is cancelled. The onfinish hook is never called. Fortunately an oncancel hook also exists.

The finished promise will throw an error which we will need to handle. We can of course also utilize async/await.

With this we now have a basic understanding of the Web Animations API and can create moderately complex animations for a given element controller from JavaScript. From this basic understanding we can start thinking about expanding this to more complex use cases such as animating between elements and pages. Furthermore, we can think about using more advanced timing functions, their benefits and implications. 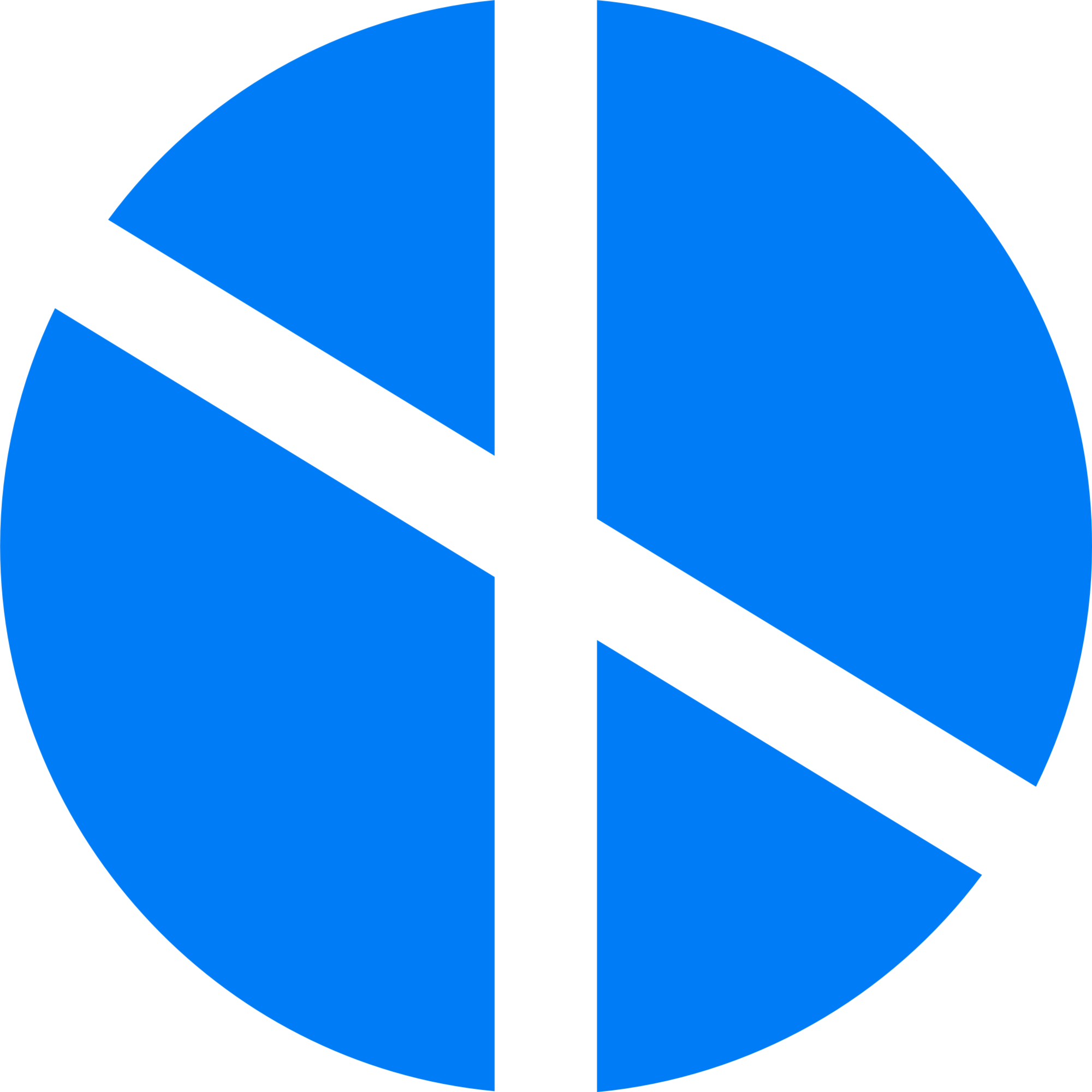